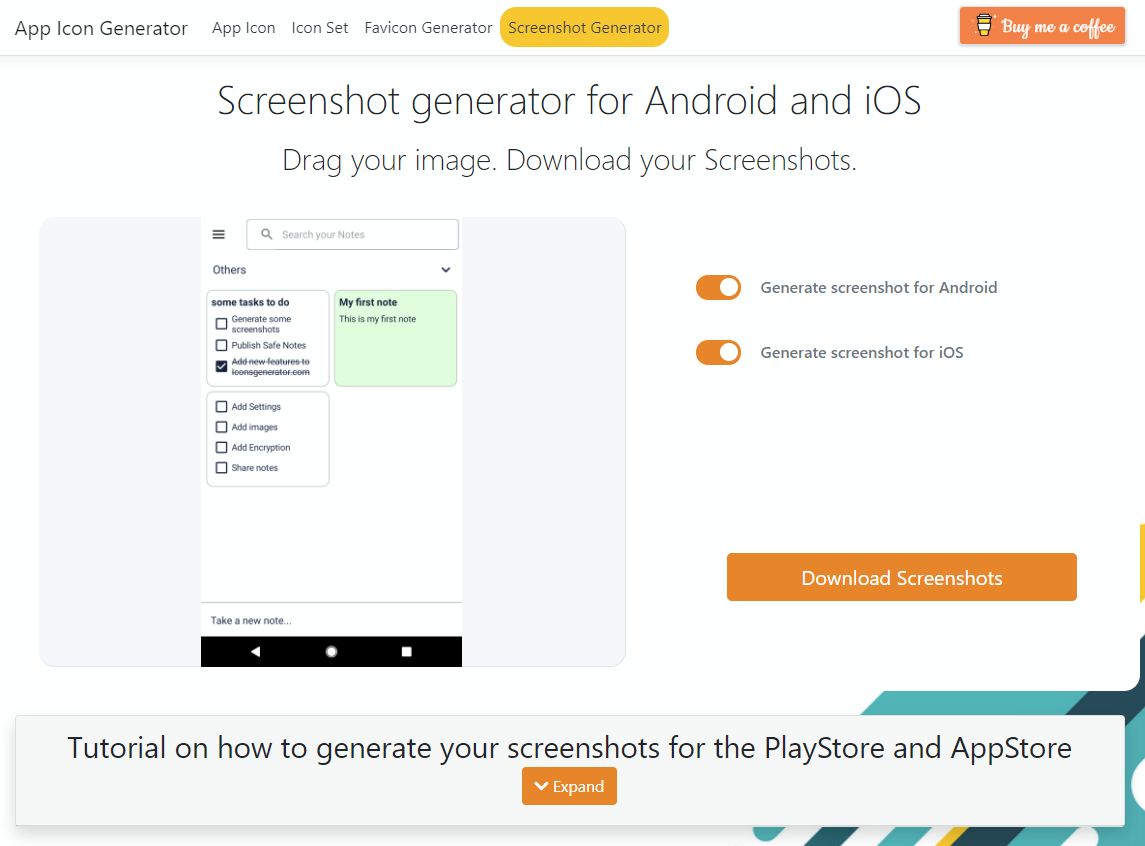 Today I’ve updated IconsGenerator adding a new feature: the Mockup Generator to create mockups for the Google Play Store and the Apple AppStore.

The link for the tool is: http://www.iconsgenerator.com/Home/ScreenshotGenerator

This new tool will allow you to save quite a lot of time to create the artworks needed to publish your Apps on the stores.

The idea is incredibly easy, you upload a screenshot of your app and the website will let you download a Zip file containing 2 artworks, one for Android and the other for iOS.

But as usual images are better than thousands words, so let see what we can do:

I’m creating a new app with Xamarin.Forms called Safe Notes and I’m almost ready to publish it. So the first thing to do is to take a screenshot of my app:

Now I just have to drag my screenshot on Screenshots Generator:

chose the platforms I want (Android and iOS) and then press the Download button. The tool will generate a zip file containing the mockups for Android and iOS:

Now I just need to upload these screenshots to the Google Play Store and Apple AppStore.

Thanks to this tool a task that could take a long time, is reduced to an operation of just few seconds. I think this tool is amazing (Just like Xamarin) and I hope you like it too. If so please, share it.

Buy me a coffee